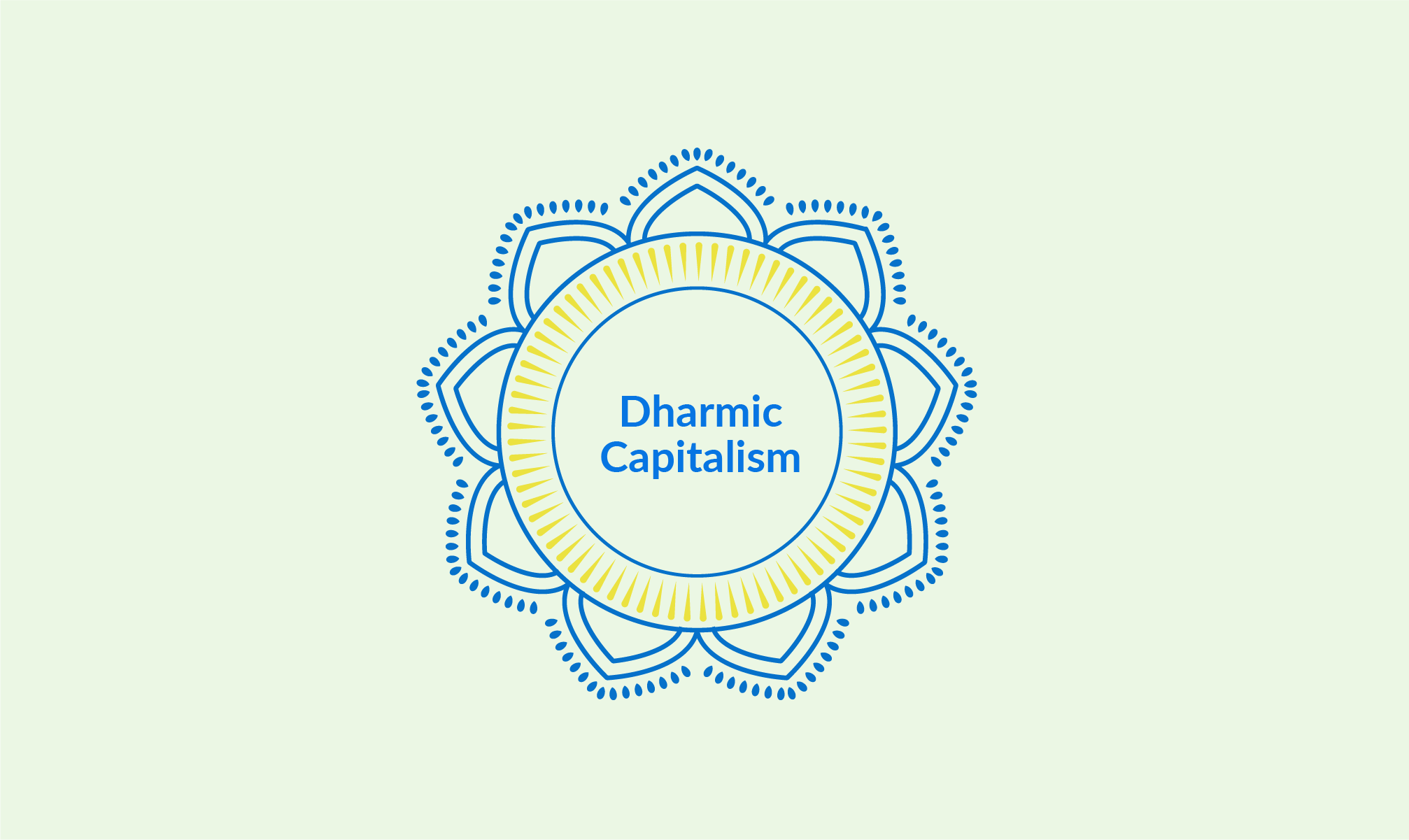 The question of money and wealth is perhaps the most vexing of all issues confronted by those who aspire for a more conscious way of life. Money has a subtle corrupting influence even on the best of minds. It is for this reason that money is amongst the first things to be rejected by the spiritually inclined. Most spiritual disciplines celebrate poverty because of a deeply ingrained fear of money. But wealth is indispensable to life on earth and any spirituality that dismisses wealth will have to, by that very logic, dismiss the action of life itself.

According to the Mother and Sri Aurobindo, money is not just a medium of exchange but a powerful force at work on earth. This force can be harnessed and used consciously and creatively for human welfare and wellbeing, to generate physical, material and vital abundance for all humans everywhere; or it can be used for personal and collective aggrandizement. Being a force, money by itself is neither good nor bad: it is what we make of it and how we use it.

Sri Aurobindo said that the wealth force is essentially a divine force, a spiritual force, that must be used for the work of the Divine on earth. In other words, wealth is a force to be used for establishing Dharma. But, in the present scheme of things, this force happens to be under the control of the asuric or adharmic forces, forces ruled by greed and ego and opposed to Truth and Dharma. Those who have the money often do not have the consciousness of Dharma; and those who have the consciousness, often do not have the money!

In Indian spirituality, there are two dominant forces in the play of evolution: the daivic and the asuric. The daivic (from the word deva, meaning divine) represents the forces of Truth and harmony, unerringly aligned with the highest dharma; the asuric (from the word asura, meaning demonic) represents the exaggerated and unbalanced ego which typically needs to devour others to grow and thrive. While the asuric concentrates all wealth and power in its own hands for its own selfish use, the daivic distributes, circulates, shares so that all grow together, following wider and deeper laws of universal oneness and harmony. The asuric wealth is typically Kuber’s wealth, hoarded and jealously guarded, while daivic wealth comes from Mahalakshmi and must flow and circulate freely for it to return to her. Note that the very name Kuber, in Sanskrit, means deformed or demonic, whereas Lakshmi (लक्स्ह्मि, She-of-the-hundred-thousands) in Sanskrit represents prosperity, abundance and divine Grace (Lakshmi as shri).

The fact that the asuric forces rule the wealth force explains the present state of affairs in our world — the irrational imbalance of wealth, the inequality of distribution of resources, the rampant greed and corruption of spirit that marks most businesses and money making ventures. Because the forces controlling wealth are asuric in origin, the all round consequences are equally asuric — our entire work culture, based on a cultural obsession with making money at all costs, clearly sucks. Hardly anyone in our modern day corporate and business environment loves or enjoys the work she or he does. Most people work like donkeys, in dehumanizing and uncreative environments, for crassly utilitarian objectives. The objective of work should be creative fulfillment, the ananda or delight of creative and productive work that generates global prosperity and wellbeing. But few ever come to such delight of work in their lifetimes.

Consider the fact that we are living in a world where the richest 1% own 44% of the world’s wealth and resources [1]. If that’s not bad enough, consider further that adults with less than $10,000 in wealth make up 56.6 percent of the world’s population but hold less than 2 percent of global wealth. If this is what we have achieved over millennia of civilization and economic planning, then we seriously need to check our premises.

But this is precisely the result of asuric influence and control — distortion, exaggeration, imbalance, instability. Human societies are sitting on a powder keg. Such glaring inequality is bound to implode. It is a question of when. The socialist model in economics failed because human consciousness, dominated by the asuric ego, was not ready for it, and those who led the system were themselves unquestioning servitors of the asuric; the capitalist model too is failing because of the same reason: asuric domination. The way we work, earn money and live is a reflection and expression of asuric greed and insecurity: corporate systems and governance are based on mutual distrust, the corporate and social machinery is ruthless, exploitative and transactional.

In an ideal world, where the wealth force is possessed by the daivic and dharmic forces, those with a higher and wider consciousness would have access to the wealth force; only the enlightened would be given the power over wealth and resources. The most privileged would also be the most responsible, conscious and compassionate, and therefore the most grateful and generous. Generosity is the defining attribute of the deva, just as self-interest is the defining attribute of the asura.

But an ideal world will be created only under certain ideal conditions. The balance of forces will have to be restored, the asuric influences have to be replaced by the daivic, the generation of wealth will have to be aligned to Dharma — the True, the Right and the Just.

The first condition for reversing the balance of forces would be to ensure that those who are spiritually conscious are the ones who turn to generation of wealth. There is a cosmic law that governs the wealth force: wealth flows towards its votaries and not towards those who resist or reject it. This has been the great tragedy of our civilization for millennia, that those who should wield control over the wealth force are the ones who have deeply resisted or completely rejected it. This must change. The old idea of poverty as a condition for spiritual life must be rejected for what it is — a life negating belief; wealth is a divine force and must be used for the work of the Divine, and this can best be done by those who seek the higher Light and Truth in their own lives. The Truth of Life is not to be found in forests and monasteries but in the active field of life. Wealth is not a thing to be rejected but to be possessed by the mighty in spirit and used for the welfare of humanity.

The ancient Indians did not reject human desire or wealth in their pursuit of spiritual Truth and liberation, they harmonized and synthesized fulfillment of desire, generation of wealth, pursuit of dharma and spiritual liberation in a wide integral embrace of the whole field and scope of human existence. Kama (desire), artha (wealth and the generation of wealth), dharma (the order and harmony of all existence) and moksha (spiritual realization and liberation) were interwoven in the very fabric of everyday life in the world. This is the principle to which our modern civilization must return, for this is the true resolution of all our conflicts and crises.

The second condition would be to bring back the sage and the Yogi to the centre-stage of our collective life. We need to discover amongst ourselves the votaries of the higher Truth and not the votaries of money and power; we need to find and value those men and women of consciousness, those enlightened masters, who can be our new thought-leaders and role-models. We must collectively realize that possessing wealth, power and fame do not mean anything if one does not possess consciousness, wisdom and compassion. We must collectively understand that the rich, the powerful and the famous are not necessarily the true and the wise; on the contrary. We must insist on the values of consciousness, integrity and responsibility and must collectively and vigorously reject the self-indulgent, the false and the hypocritical; we must, with great vigor and passion, reject pettiness and falsehood and celebrate truth and wideness; we must learn to recognize the most conscious amongst us and honor them, value them, celebrate them.

A lot of us everywhere must now begin to speak up like the little child in the fable who publicly asked why the emperor was not wearing clothes. We must learn to see truly, without filters; we must learn to stand for truth, whatever we may possess of it; we must learn to speak for the true and the right, call a spade a spade, and live with integrity and courage. The poverty of consciousness must end, and we must grow rich in mind, spirit and body. The old division between wealth and spirit must go. The next generation should learn this invaluable lesson: that to possess the true wealth force, one must possess the true consciousness.

How Predictive Analytics can Improve your Business